Leave Comments, or else... 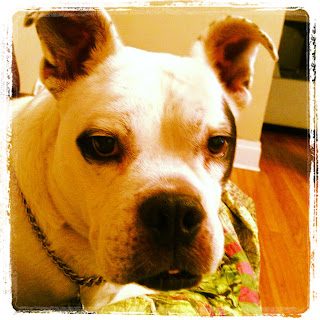 Guy is back to 100%.  I was fairly confident that we were going to be at an emergency vet appointment on Monday morning, but he was looking better, so I just held him tight until about 3pm and cleaned his face every 15 to 30 minutes with a hot washcloth.  Boom.  I'm a wizard.  A wizard with a canine antibiotics prescription. 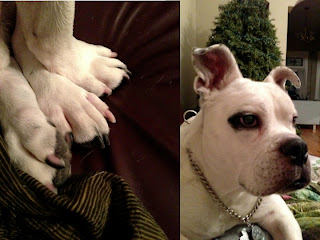 I have been photodocumenting like nobody's business this week because we also had a weekend guest... wait for it... 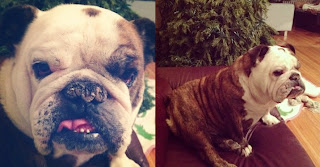 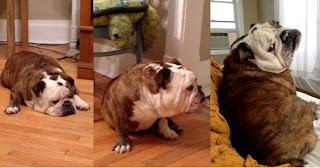 So much Cooper!  So much doting from yours truly! So much jealousy from Guy! 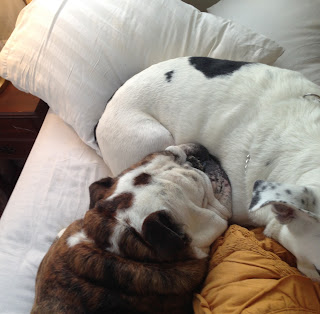 So many unwanted and unsolicited snuggles in the war of: Who will Sleep Closest to Mom/Aunt?  Definite tie. 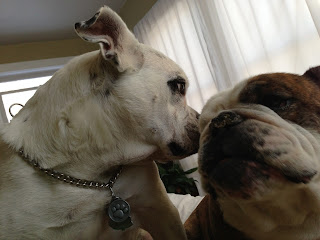 And I actually cooked this week!  Before we get to that I wanted to give you my final opinion on coconut water.  The votes are in and while it tastes worse than licking a bulldog (I speak from personal experience), it is better at hydrating than drinking straight water.  And it's expensive as hell.  I'm going to see if I can grab some at Costco.  On my days off I plan to hydrate with regular old, nasty tap water because I'm good about it.  But on the days I work, coconut water is my buddy.  I hate to admit that I can also attest that it is good for a hangover.  We have made a decision in this house to cut WAY back on the booze for health reasons, both mental and physical, as well as fiscal reasons.  I see serious productivity heading my way... this could get scary!

I also see extra cash to build the world's most amazeballs arsenal of products. I am hoping to step up my retinol regiment to include these babies once a week or so: 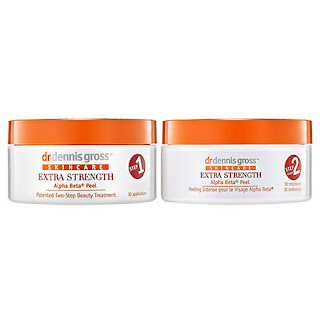 Extra strength, baby! And I REALLY want to try the Ovation Advanced Cell Therapy System to get my hair super awesomesauce: 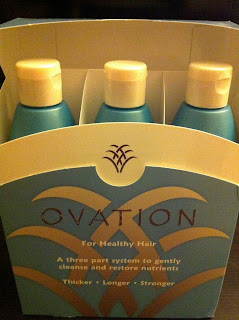 Don't take my word for it.  Check out Miloberry's review.  In fact, check her out in general.  Good stuff.  Another product that Miloberry turned me onto is Chanel's Natural Finish Loose Powder.  I  wore only Chanel make-up until I was in my 30s because I'm so hyper-allergic to the world.  This comes just as I'm about to run out of the mineral powder I've been using: 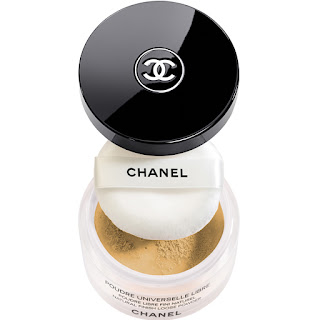 Of course it's limited edition... why, Chanel?!  WHY?!?!  YOU ALWAYS DO THIS TO ME!  *smotheredsobs*.  Speaking of make-up, I still cannot find a remover that actually gets my mascara off- it's super waterproof.  I read about this baby on Huda Beauty and I'm hoping it's the miracle I've been waiting for: 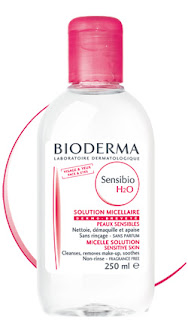 I am still open to suggestions on make-up remover before I go ahead and order the Bioderma, however.  Hit me up, y'all.  Other products I would like recommendations for are as follows:

DRY SHAMPOO... I am not going to wash my hair every day.  It just won't happen.  I'm lazy AND it's not good for the ol' locks.  I also want buttloads of volume.  My dream hair is basically that of an aspiring country singer.  There is no such thing as too big.

MAKE-UP REMOVING WIPES... for those nights that I am too tired to go through a whole routine.  And, again, get my mascara off!  I beg of it.  The thing I was attracted to with the Bioderma Sensibio H20 was how everyone talked about it leaving your skin feeling amazing and not oily.  Can there not also be a wipe of this caliber?

That's all I can think of, but if you have a must-have product I have a must-know-about-it going on up in this piece.

So let's wrap this schizzle up, yo: THIS WEEK FOR DINNER:

Monday:  Artichokes baked with garlic, lemon, and olive oil.  We dipped these in the leftover pesto sauce I used for my cheesy pull-apart heart attack of deliciousness bread from last week.  So ree-dick-a-lous-ly good. 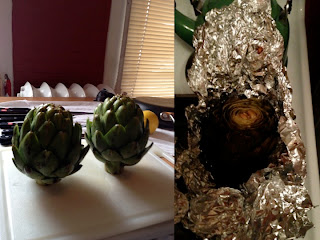 I also made some pork buns from the Chinese market later on because we were still hungry *headdesk*.

Tuesday:  Pork and veggie stuffed green peppers in the crock pot.  I used half spicy italian sausage, which really saved the dish. 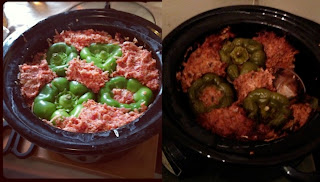 Wednesday:  I made pepperoni rolls and a salad with an awesome homemade greek dressing.  My husband actually ate salad, like that is how good the dressing was.  My husband considers catsup a vegetable.  I mean, I have to sneak veggies into meals like he's 4 years-old.  So, this dressing was damn good.  We dipped the pepperoni rolls in more leftover pesto sauce and homemade pizza sauce and had my mother and brother-in-law over. 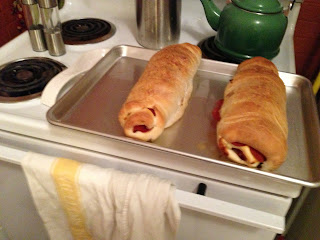 Friday: It was the one year anniversary of the day my husband proposed to me and I was all, "Ok, whatever."  And I've said, "Ok, whatever" every day since! 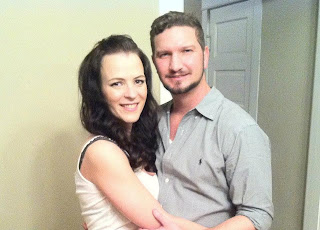 We went shopping and then we had a fight and I cannot remember what in God's good name we ate.

Saturday:  We went shopping again for my handicapped brother's birthday present and stopped off at "A Taste of Red Iguana" in the food court at City Creek Center.  Heaven.  Not of the bulldog variety, but pretty awesome nonetheless.

Sunday:  Dinner at my parents' house for my brother's birthday.  My husband was thrilled that said brother chose hot dogs and hamburgers.  I was thrilled to have an excuse to eat nacho cheese Doritos.

You can find most of my recipes with alterations on my Pinterest.

So, that's it, y'all.  Sweet dreams and I hope to see you in the comments.