So, a LOT has happened in the last two weeks: 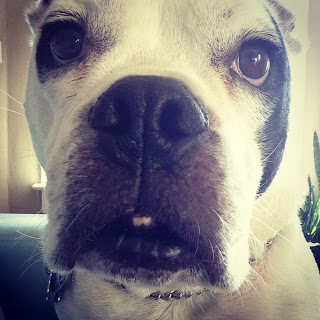 For example, I took this photo of Guy.  Oh, and Cooper is officially my baby!!! NO BIG DEAL!  OMGZ! 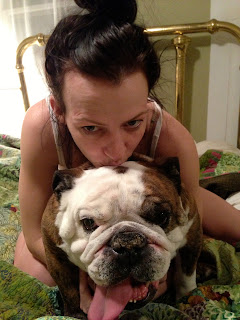 My amazing brother and sister-in-law (I mean, I really just consider her my sister, but I don't want to get called on a technicality here) made the incredibly difficult decision to give Cooper to us permanently.  While they love and adore him, it's really hard to keep up with a special-needs dog when you've already got 5 kids to keep in line.  Also, Cooper and I are therapeutic for each other... the epitome of symbiosis;  he is my rhino and I am his bird. 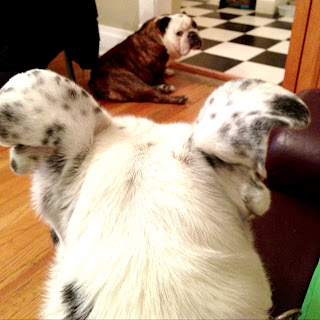 Guy has been taking it rather hard, but doing a pretty stand-up job.  Attention sharing is hard, y'all.  Really, really hard.

So, that happened AND we went to look at a rental house last Sunday.  We've been on the hunt now for over a year, but we were JUST starting to get serious.  After a grundle of disappointments, we landed here: 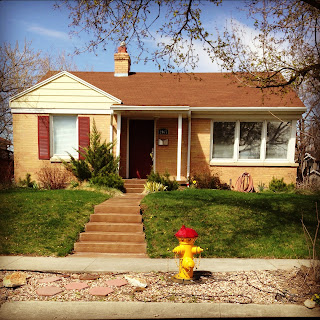 Right smack dab in the middle of the 'burbs!  I am so ready for suburbia.  So so ready.  So, we're in the middle of moving now too.  This darling little house is going to be better for us in so many ways I can hardly stand it, but most especially because the majority of my time will be spent on the main floor (it also sports a killer basement with lots of light), so Cooper will not have so many stairs to tackle.  Our current stairs now are treacherous for anyone, let alone a special-needs bulldog.  Look at my kids!  No offense, but they are way cuter than your kids *shesaidwithamothersbias* 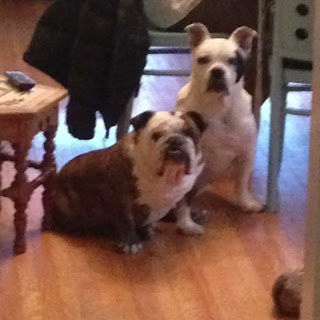 I have been so horribly depressed and our current living situation was most assuredly adding to it.  Now I am finally motivated to put all the cool tips and tricks I've been hoarding on Pinterest to good use.  My husband won't know what hit him when he finds out I haven't just been wasting time online!  We are going to have one hell of an organized and clean house, y'all.  Mark my words.  And four bedrooms!  Which means that we still have the guest room plus individual offices.  Oh my heavenly days! 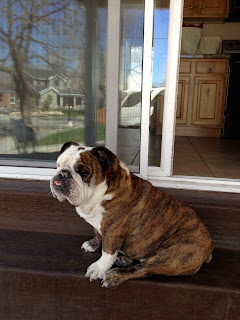 That's Coop on the stoop.  And I already have the swankiest soccer car (read: dog toting) car in the neighborhood!  I mean, as long as you don't get in and smell it, or whatever.  Stale dog.  The car is practically MADE of stale dog.  *hangsheadinshame*

So all that's been going on and recovering from depression and working and CFS and just... LIFE.

I did manage to do some cooking, but I only remember these really nasty crock pot pork chops and these totally amazeballs (and incredibly simple) baked tacos that I made.  The tacos made a TON, so I froze a pan and they baked just swimmingly when I was ready to thaw them out and hit up round two.

This was originally a photo I took to show Dana how I miss her so and a shining example of aging gracefully as well: 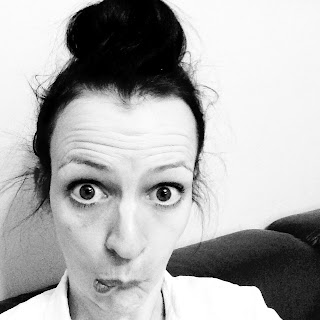 Now it's my back-to-blogging head shot.  I'll be better.  I HAVE to be.  I have my own office now.

Spring clean your life, yo!